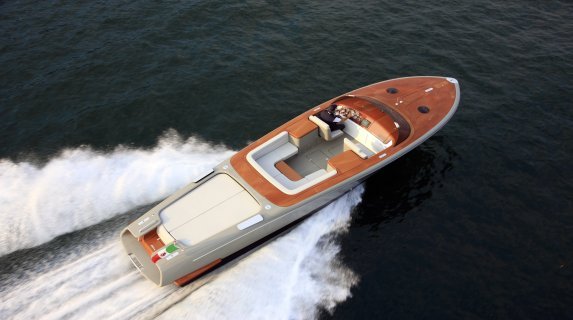 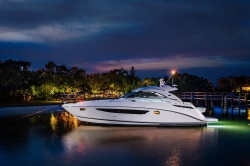 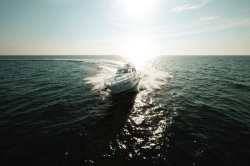 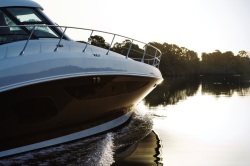 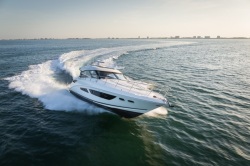 Sarnico, May 20th 2010 - In a highly anticipated collaboration, Marc Newson has partnered with Riva and their official designers, Officina Italiana Design, to reinterpret the 'Aquariva' speedboat. 'Aquariva by Marc Newson' will be launched as a limited edition of 22 units in September 2010, available worldwide through Gagosian Gallery.
"As a kid obsessed with designing and making things, post-war Italian design was a huge source of inspiration. I was amazed by the seamless ability of designers and industry to produce every conceivable type of industrial product, from furniture to automobiles. My own career has undoubtedly been influenced by the Italians' ability to impact so many areas of design," says Marc Newson. "That influence is fully evident in 'Aquariva by Marc Newson', my first nautical design project for the iconic Italian brand.

Newson's design for the Aquariva vessel is unique in its conception, as well as the materials chosen. A wood-like, textile-based laminate (phenolic composite) was used for the deck area and instrument panel. This material was developed in the first half of the 20th century, and was a precursor to fiberglass. While having an ostensibly organic feel and aesthetic, it is significantly more durable than wood. To give the exterior a more high tech look, Newson utilized anodized aluminum, a material not generally associated with boats; this lightweight material is used in lieu of stainless steel and chrome brass, yet remains contextual among Rivas glamor and classical design.

Respecting the DNA of the original project created by Officina Italiana Design was paramount to Newson's design for Aquariva. With this in mind, some of the changes he makes are truly innovative: the re-imagining of the transom (at the stern), the wrap-around, laminated glass windscreen, the split cabin door entry, the functionality of the lounge and dining area, and the re-introduction of separate driver and passenger seats. Aquariva by Marc Newson's simplicity and functionality are what make the boat truly extraordinary. The end product of Newson's design is an uprated Riva complete with a bow thruster and state-of-the-art electronic transmission.

"Aquariva by Marc Newson is a natural extension of the artists work with planes and automobiles. The result is a brilliant blend of form and function, looking back to La Dolce Vita of the 1950's and 1960's and forward to the latest trends in nautical design," says Larry Gagosian. "I can't wait until it is on the water." Australian born Newson's aesthetic vision and uncompromising originality have won him the highest international acclaim. Working across a broad spectrum of disciplines, Newson has created furniture, interiors, timepieces, objects of all sorts, and sculptural work, as well as major projects in the transportation industry, particularly aviation and aerospace. Appointed a "Royal Designer for Industry" in the United Kingdom, Newson has received numerous design awards and academic honours. He has had solo exhibitions at major museums and galleries, with work featured in the permanent collections of the world's most renowned museums including the Musée National d'Art Moderne, centre Pompidou, Paris, the Museum of Modern Art, New York, and the Victoria and AlbertMuseum, London. In 2005, Newson was named by Time Magazine as one of the 100 most influential people in the world.

"We are proud that Marc Newson has chosen the Aquariva, which we first created in 2001, as the vessel in which to express his vision for nautical design. His design will carry on Aquariva's legacy as a timeless classic, continuing a thread that connects past to present, and tradition to innovation", Officina Italiana Design comments.

Officina Italiana Design and Marc Newson represent the best in international design. It is an honor for me to witness this partnership, one I am firmly convinced will both win great approbation and mark the history of design, affirmed Norberto Ferretti, Chairman of both Ferretti Group and Riva.
Beam: 9 ft. 2 in.
Displacement: 14748
Fuel tank capacity: 127
Water tank capacity: 34
Speed max: 41