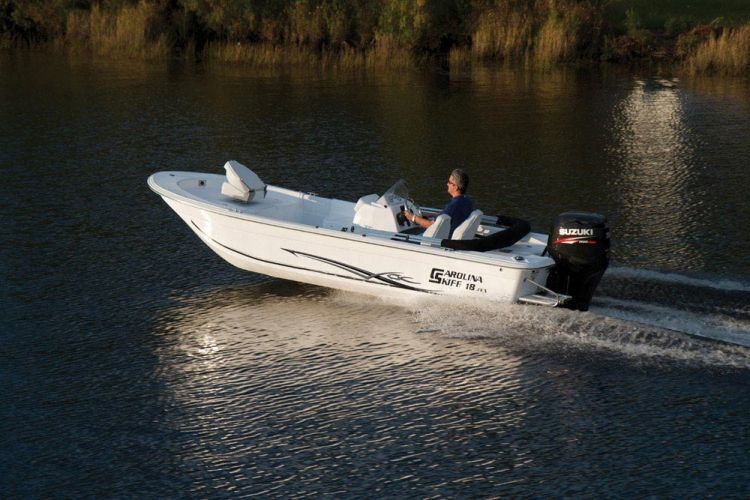 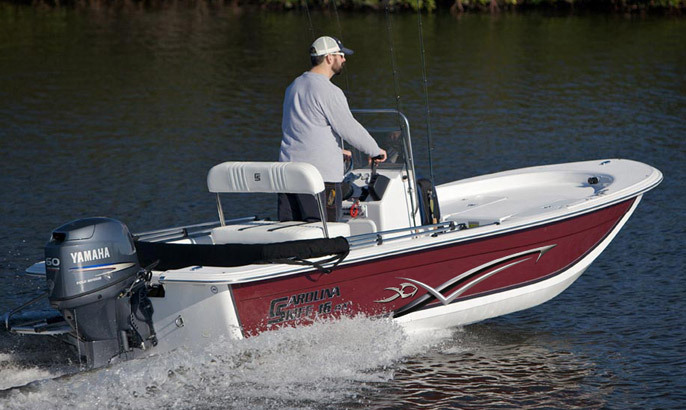 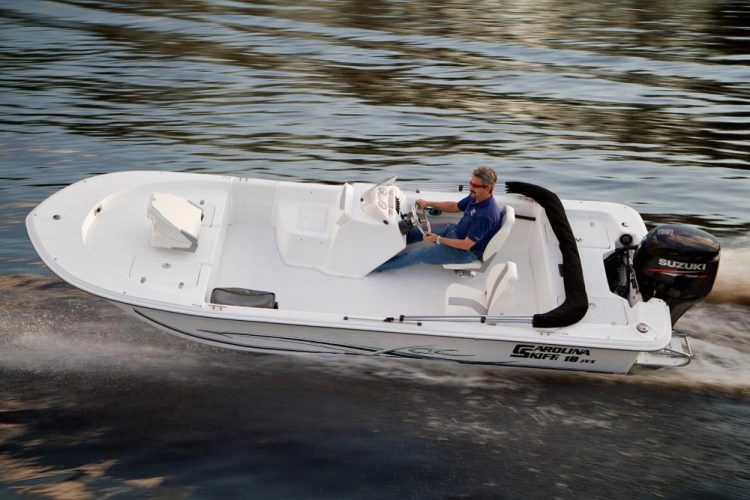 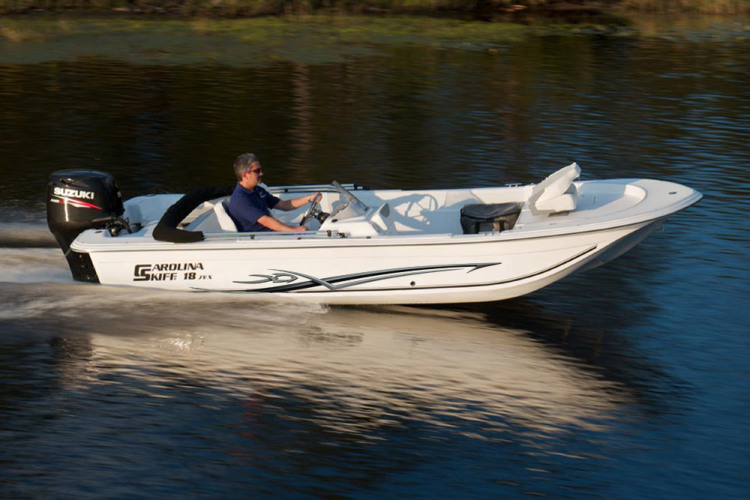 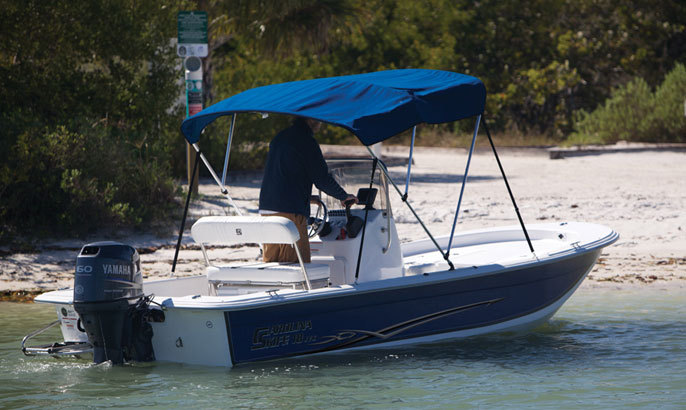 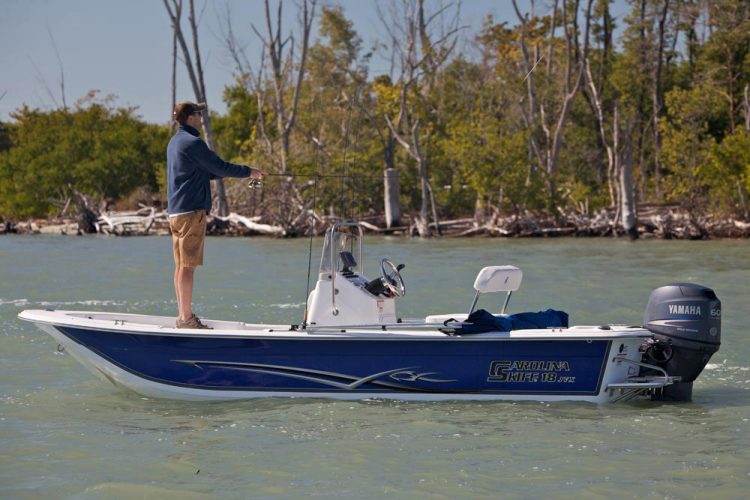 Description Options
Of all the Carolina Skiff series, the JVX is considered the king of versatility. Not only does the JVX come in three different sizes (16-, 18, and 20-foot models) but its also available in two different control points (center console and side console), providing 12 different models to choose from.

Creating even more versatility is the fact that each JVX model is built on our modified-V hull, which is 100 percent composite and wood free. Capable of running over flats to fish shallow, the JVX also has the guts to run across choppy bays and on the outside beaches when called upon.

And though the JVX comes standard with a pre-wired trolling motor plug, full instrumentation and livewell, you can continue to add more versatility with options like a Bimini top or T-top. Take a look at the JVX Series and youll find that the hardest decision is determining how youll want to configure it!
Draft: 0 ft. 8 in.
Beam: 6 ft. 6 in.
Max load: 1468
Standard features: Bow Eye (1), Stern Eyes (2)
SS Cleats (4)
Bilge Pump Capacity (gallons per hour) 500