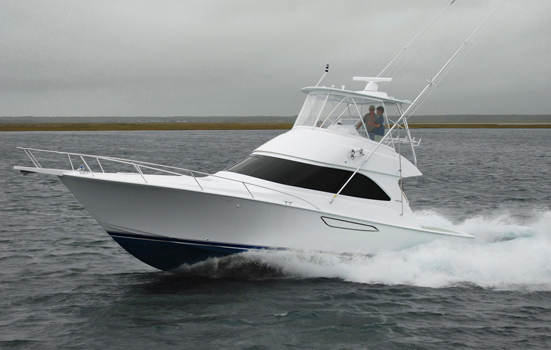 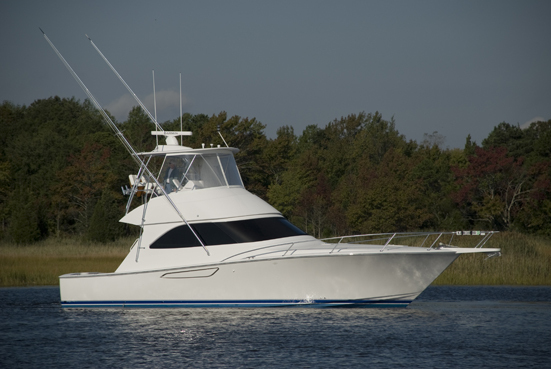 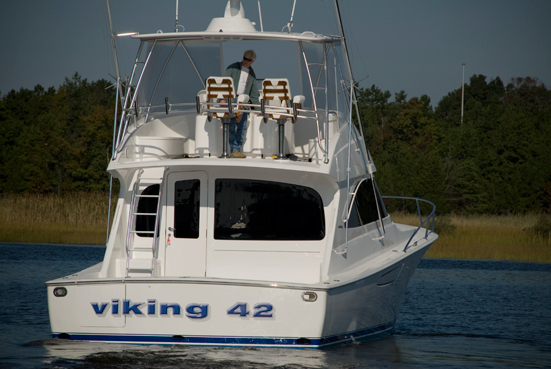 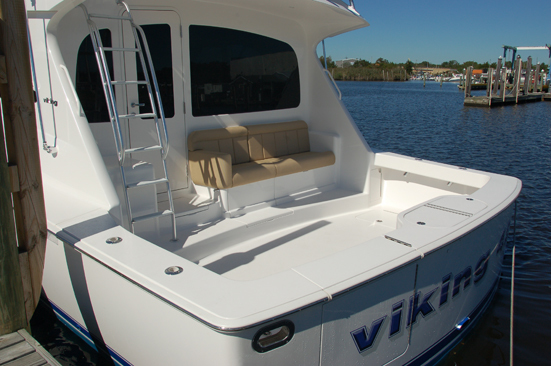 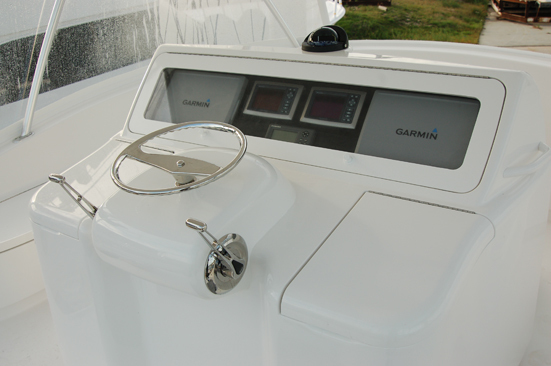 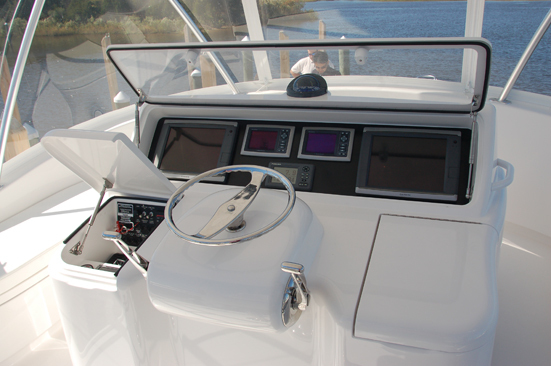 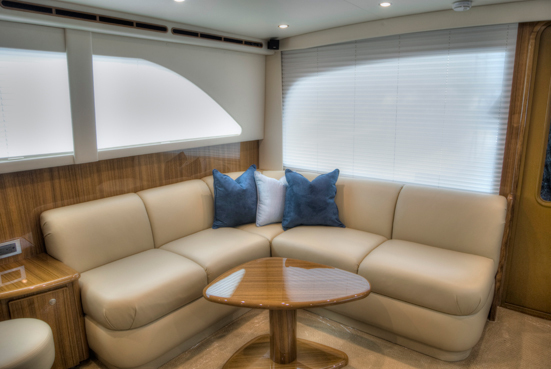 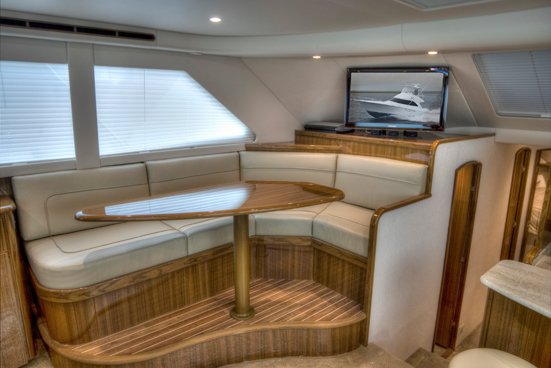 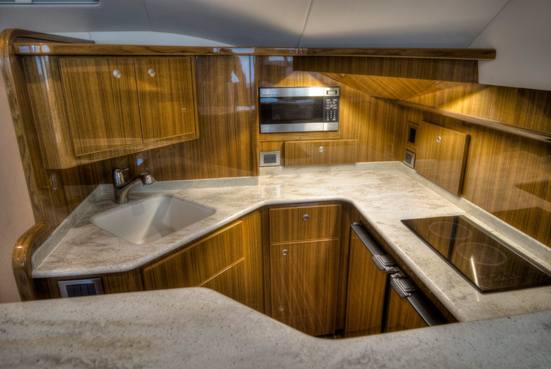 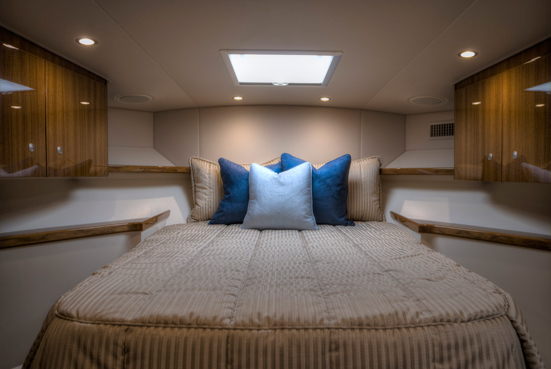 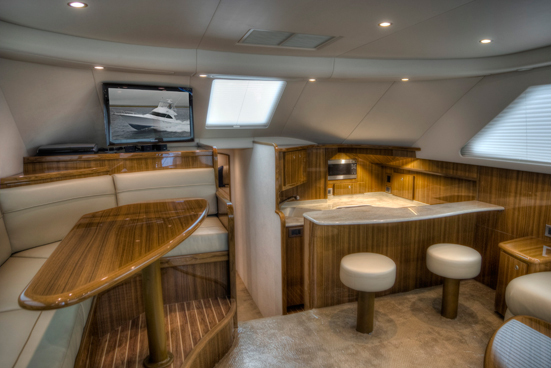 Description
For more than four and a half decades the Viking Yacht Company has devoted itself to building competitive sportfishing boats. So even in hazy economic times, Viking refuses to rest on its laurels.

While it has been a tradition at Viking to introduce new models on a regular basis, for each boat that is launched, there are others waiting in the wings on our design departments drawing boards. Rather than adjusting to market trends, the forward thinking philosophy that drives the company provides a backlog of future models. Two such models are the Viking 42 Convertible and the Viking 42 Open.

While these models share the same LOA, they are as unique as day and night. The 42 Convertible, for example, is incredibly well proportioned with its nearly 16 feet of beam to allow three staterooms and two heads below with room and comfort to spare. Likewise in the deckhouse, every available inch has been put to good use with a comfortable sofa, a dinette and a practical galley. The cockpit sports Vikings signature observation mezzanine, while the flying bridge exhibits every amenity found on its larger siblings, albeit in a scaled down version. Initial specifications call for the pod drive system.

At first blush, the Viking 42 Open, which utilizes the same hull form, appears to be the ideal day boat with rakish good looks. Frankly, it is much more boat. The standard layout features a forward stateroom, twin berths beneath the command deck, a full head and shower, a compact galley to starboard and a dinette to port. Also available is an alternative layout with accommodations for four in two private staterooms along with two heads, each with a fiberglass shower stall. The berths tucked in beneath the command bridge boost the sleeping capacity to six. This space becomes available due to use of pod drives, a significant departure from other Vikings. As you would expect from Viking, the cockpit has a tournament pedigree and the command bridge includes three pedestal helm seats, along with plenty of lounge seating and ample creature comforts.

These two models demonstrate Vikings pulse on the emerging market, and one more reason why the Viking Yacht Company is the worldwide leader in luxurious, high performance convertible yachts. We invite you to contact your Viking dealer to learn more about these exciting models.
Draft: 3 ft. 7 in.
Beam: 15 ft. 10 in.
Fuel tank capacity: 525
Water tank capacity: 120