The original tug boat was 26' long and many of them were sold as workboats. Longer lengths came in to play as the boating public wanted a bigger trawler. Eventually the 26' trawler was retired as the 34' 39' and 54' tug boats were the line up with updated interiors and integrated platforms at the transom. Twelve years later the demand for the 26' tug brought it out of retirement in limited numbers, soon it became apparent that the 26' model needed to stay in the tug boat line. So updated for new advances in technology plus the original styling that has proved timeless the 26' tug is here to stay. Nordic Tugs also offer a refit program to refurbish, refit, repair or remodel your existing boat. Whether you need to have your stateroom updated, add bow thrusters, air conditioning or new storage shelves, carpet and counter-tops, Nordic Tug's expert craftsman are ready to work.
Details View | Gallery View | List View
Results: 1 - 6 of 6
Refine Search
Page: [1] 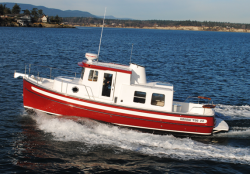 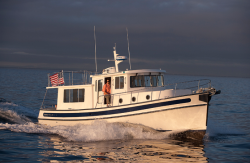 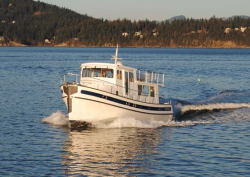 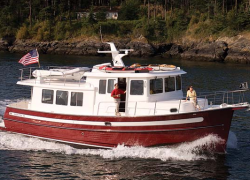 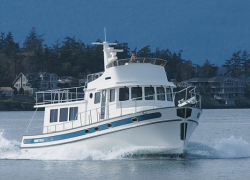