Boston Whaler is proud of the boats that they make today. They have had a time old tradition of keeping the same boats in production. However, Boston Whaler continues to make their boats better each year with such models as the Sport, Outrage, Montauk, Dauntless, Conquest, and the Montage series. So if you're in the market for a new whaler boat or a tender boat make sure you check out Boston Whaler today!

Bay Boats lengths vary from 18 . 24 ft and are typically made of fiberglass. These boats are best suited for more shallow waters near large bays, deltas, or areas near the shore. Bay Boats can carry 2 . 6 people depending on the max load and any additional gear. Some features can include rod holders, storage for fishing tackle, live wells, and Bimini(s).
Details View | Gallery View | List View
Results: 1 - 4 of 4
Refine Search
Page: [1] 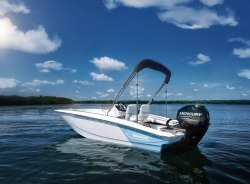 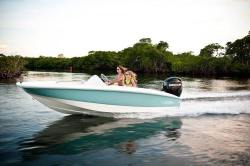 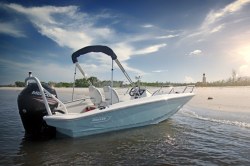 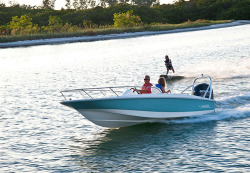