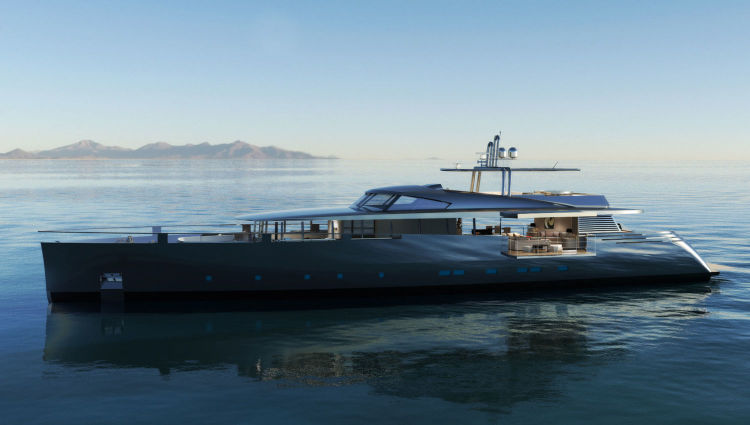 Description
To design this motor-yacht, we had two major priorities: comfort at sea and space at a mooring.

I am convinced that a greater comfort at sea for a motor yacht means you can go further and for longer periods of time. This is why we decided to integrate, into the design of the CNB 40.1, some of the characteristics usually found in sailing yachts to ensure their seaworthiness.

Hence the harmonious proportions between length and height which contribute to lowering the centre of gravity, subsequently reducing rolling and pitching; the vertical bow which lengthens the waterline, significantly reducing the boat's resistance and fuel consumption, equally true for a semi-gliding hull such as this project's; the very fine bow which pierces the waves and reduces potential, inopportune shocks.

We paid special attention to the living areas on the main deck. Both the light and the views are exceptional, thanks to totally glazed superstructures. At a mooring, opening bay-windows link the inside and the outside spaces. The bulwarks can be lowered to further extend the exterior spaces. We placed the owner's cabin on the main foredeck, allowing for fantastic, unobstructed views. We also gave a lot of space to the lower-deck cabins.