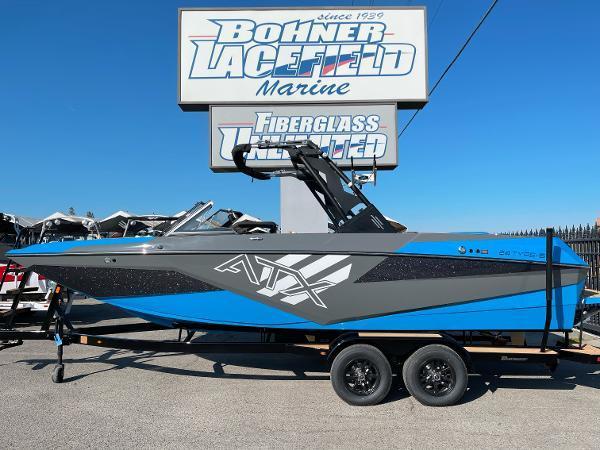 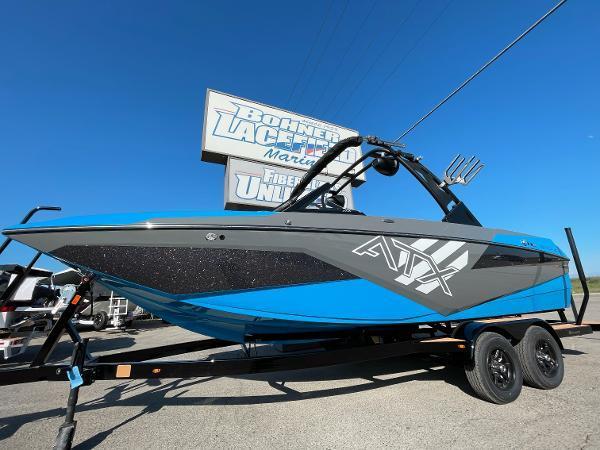 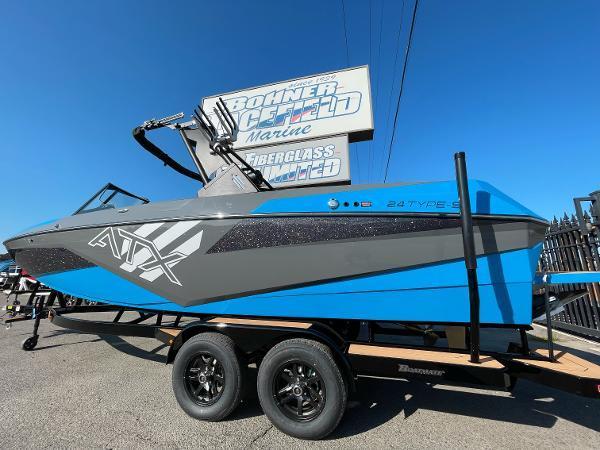 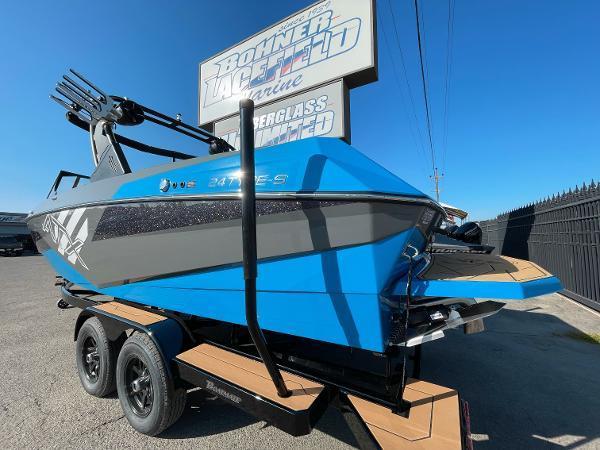 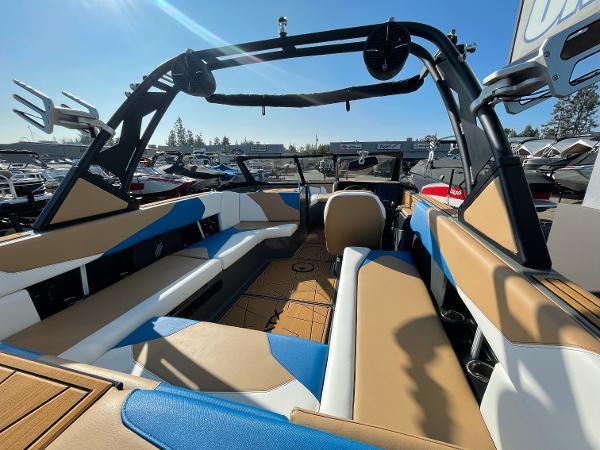 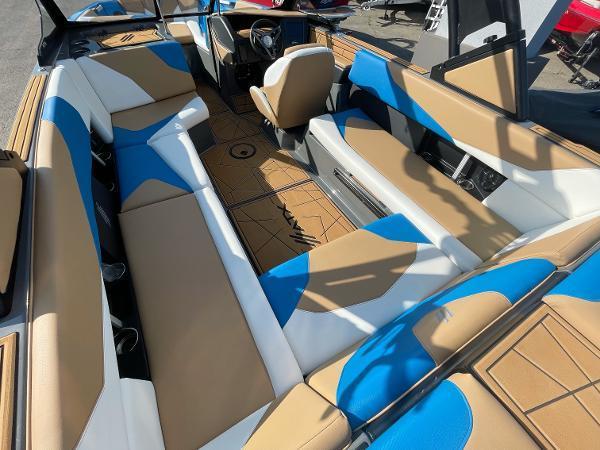 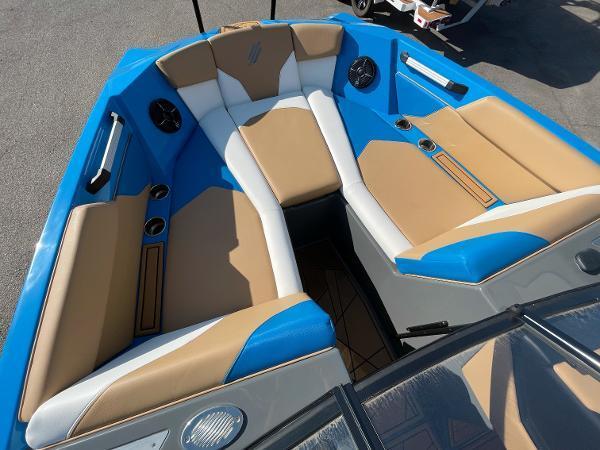 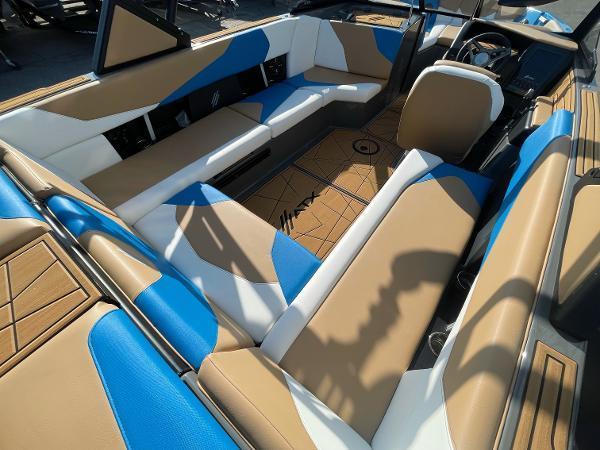 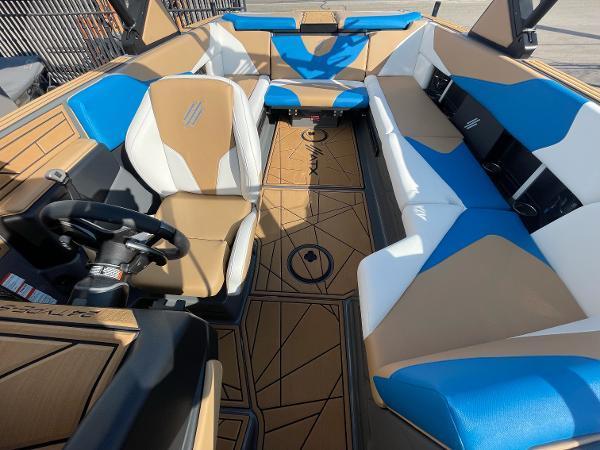 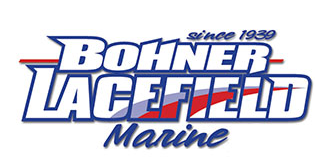 LARGE AND IN CHARGE.
Large, bold, capable, and comfortable, the ATX 24 Type-S turns heads, gives you more value, and unleashes some serious swells.

When youre ready to catch the perfect wave, just push GO and youll get barrels right out of the box. Versatility and simplicity are built right into its core thanks to the patented Convex V Hull, TAPS 3T, and over 3,500 lbs of ballast. 3T meaning 3 TONS of pressure, and the software behind the machine will dial in your boat for you. Say goodbye to complicated instructions, confusing setups, and moving people around. Your day will be epic and easy.

Sit back and soak up the sun with the built-in transom seating, standard reversible seats, and drop-in cockpit, and sunpad seatbacksall of which are unprecedented in the value segment.