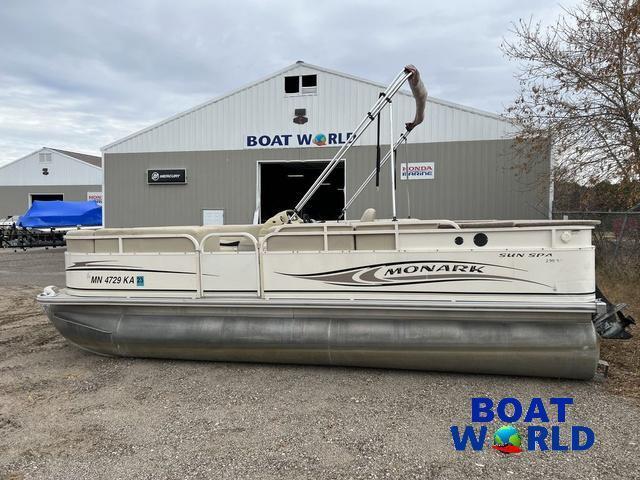 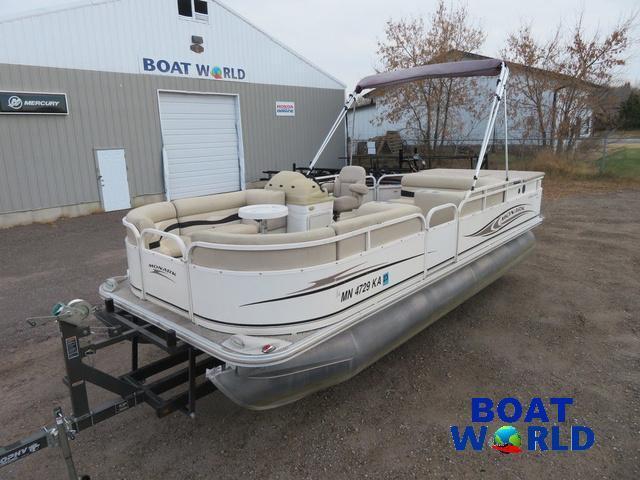 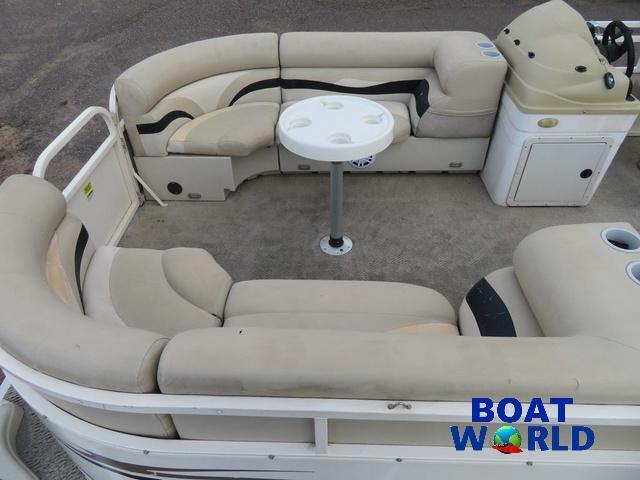 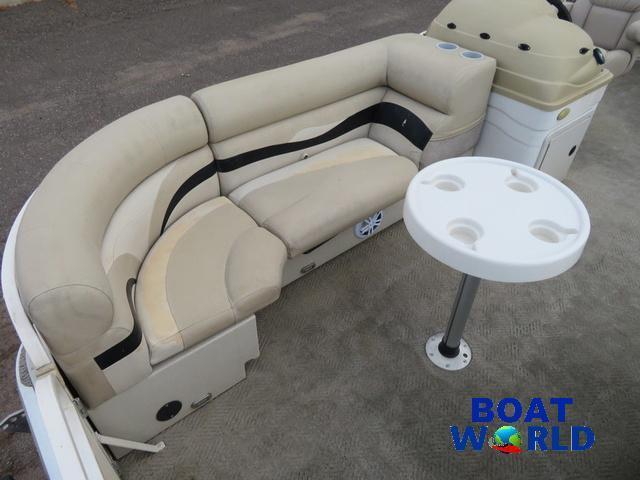 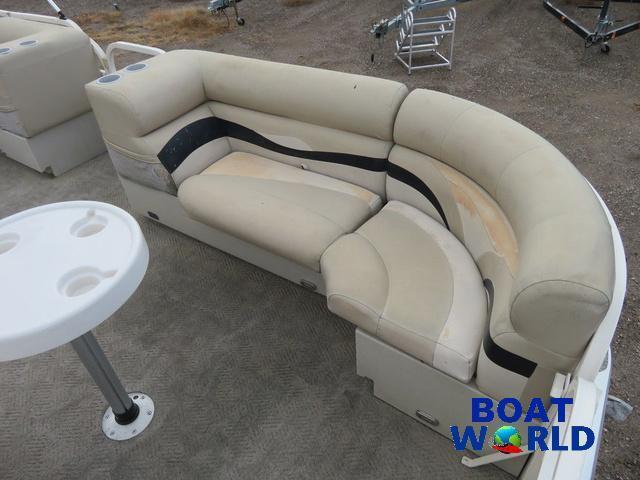 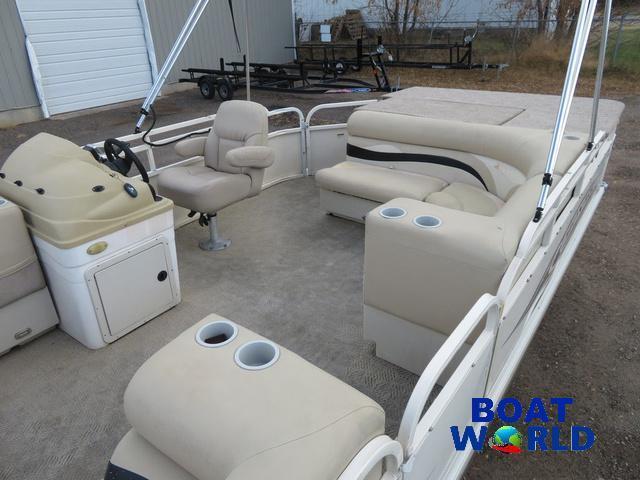 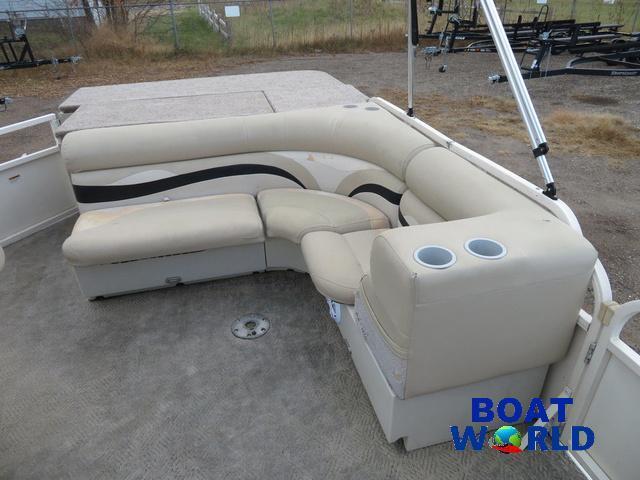 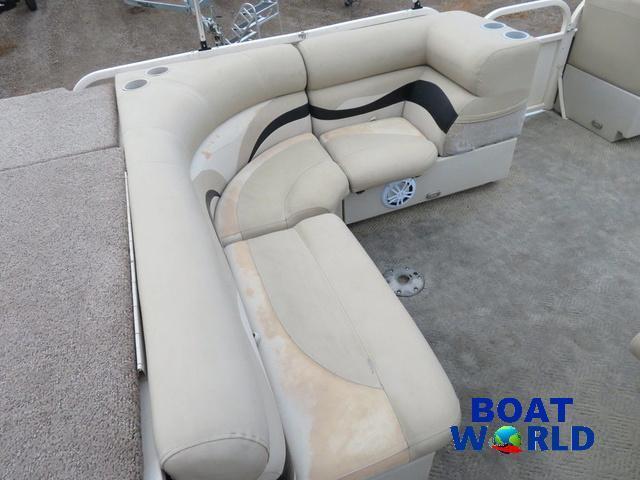 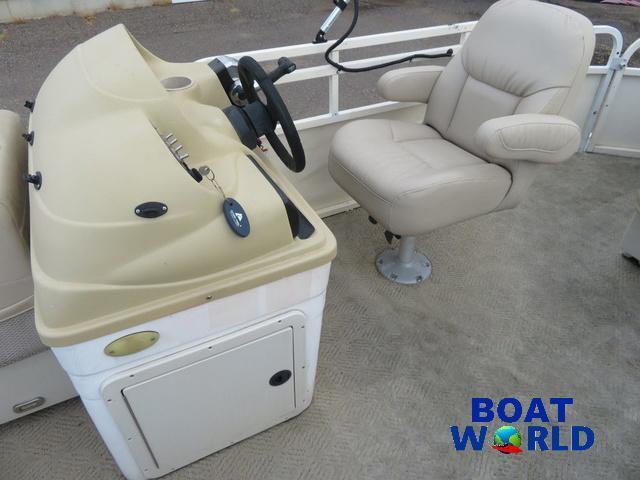 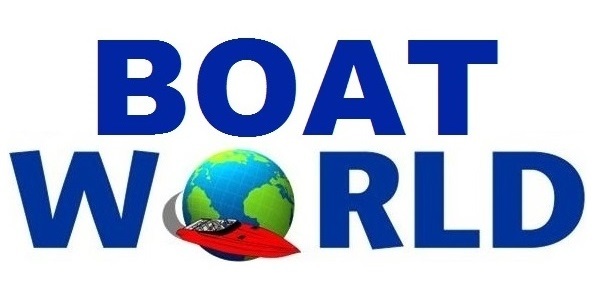 
Description
2006 Monark Sun Spa 200 RE Pontoon, 2006 Monark Sun Spa 200 RE Pontoon with 40HP Mercury 2-Stroke engine 2006 Monark Sun Spa 200 RE Pontoon with 40HP Mercury 2-Stroke engine. This cruise layout pontoon features 2 wrap-around couches up front and an L-shaped couch in the middle. There is a mount so the table can be moved up front or at the L-shaped couch. There is a large sundeck behind the L-shaped couch. Two portions of the sundeck flip up with storage underneath. The third portion covers the engine and fuel tank. The captain's chair is a low back seat with swivel and slide functions and fold up arm rests. The helm features Speedometer, Tachometer, Fuel, Volt and Trim gauges. There is a Pyle Bluetooth audio stereo system with USB, SD card and auxiliary inputs. There is a courtesy lighting in the bases of the couches to light the interior of the pontoon. This Pontoon is rated for 10 people or 1,410 Lbs. Warranty Is Included In Sale. Trailer Not Included But Available For Use Or Purchase. $8,995 Call Boat World At 763-434-9655 For More Used And New Pontoons Visit Us @ www.boatworldmn.com
Nominal Length: 20'