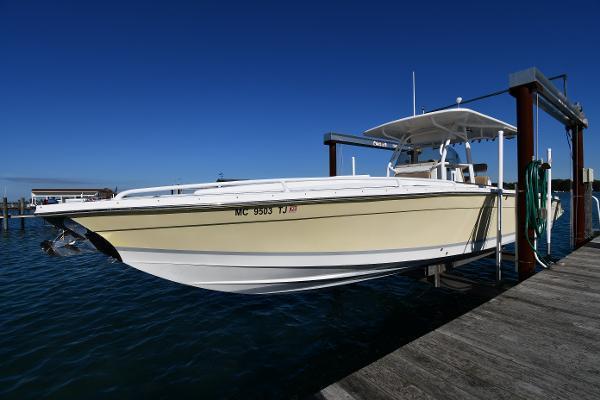 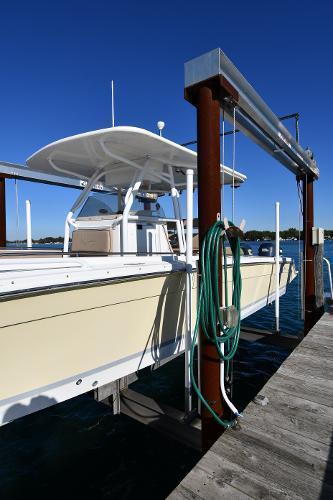 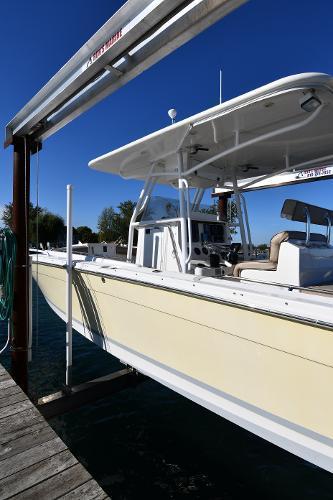 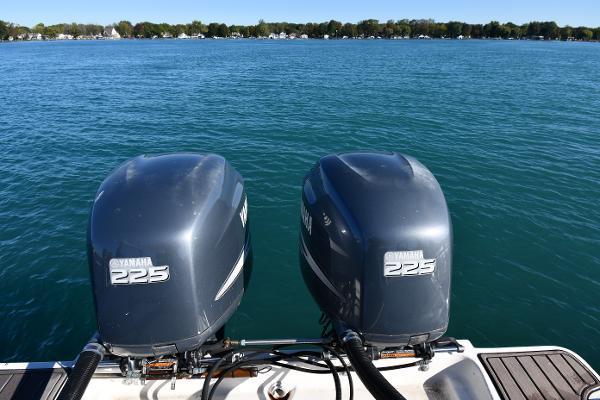 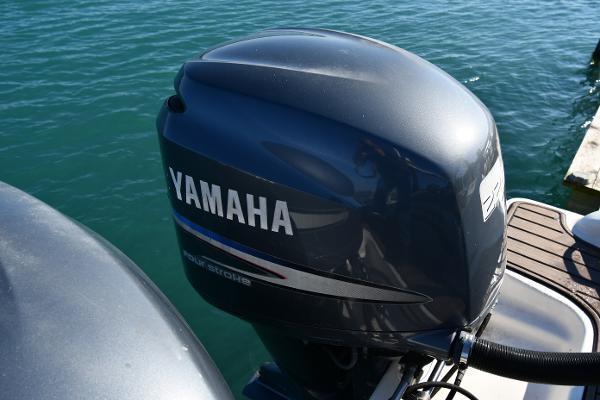 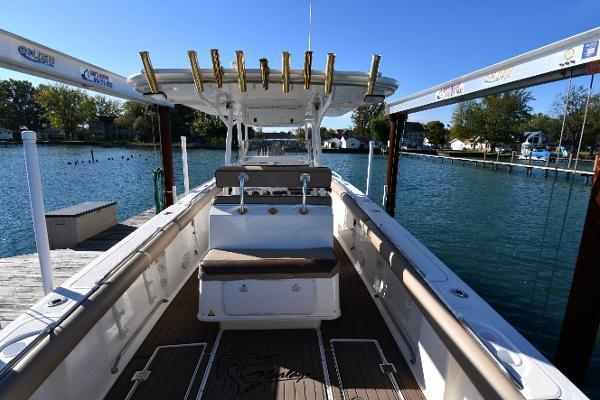 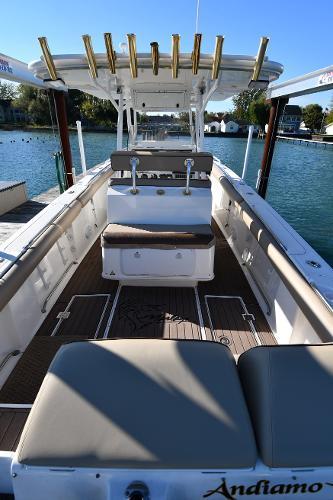 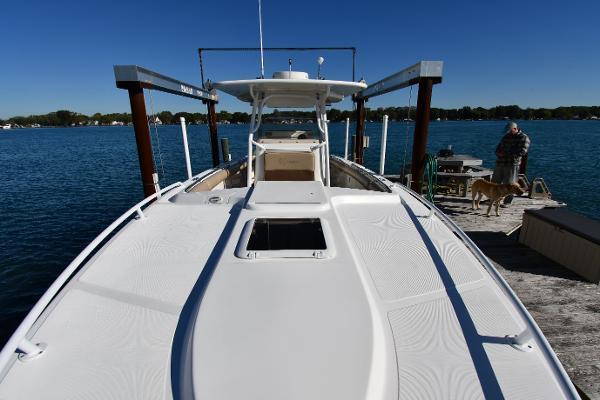 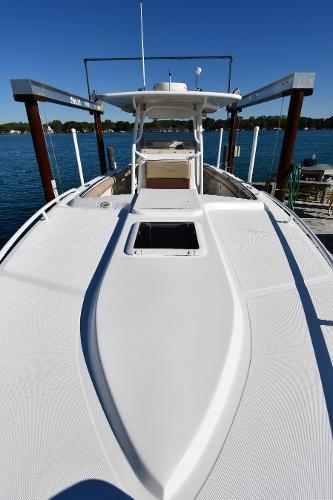 The PowerBoat Guide had this to say:

The Jefferson 35 Marlago is a high-performance center console for anglers who place a premium on speed and offshore stability. Originally built on a fully cored hull with a keel pad and a stepped transom, later models ride on a solid fiberglass bottom with the hull-sides, decks, and stringers stiffened with vacuum-bagged coring. The Marlago is relatively light for a 35-footer which results in faster acceleration and higher cruising speeds with smaller engines. The cockpit features a built-in transom bait prep center with saltwater sink, two in-deck fish boxes, transom live-well, rod lockers, and padded cockpit coaming. A rear-facing cooler seat is built into the standard leaning post, and the console houses a marine head as well as a sink and pullout shower. (Early models had the head between the cabin berths.) Forward, the Marlagos low- profile cuddy has a convertible dinette/V-berth and rod storage. A 50-gallon live-well under the leaning post was optional. The Marlago was offered with two transom configurations: one with a transom door, bait prep station, and live-well, or a full transom version with no transom door. An open-bow model was available beginning in 2004. Yamaha 250s deliver 40+ knots top.