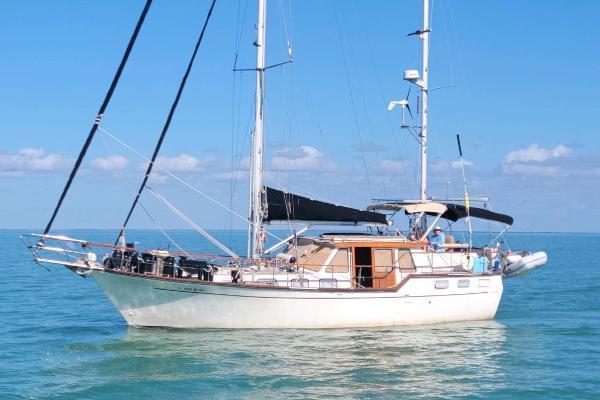 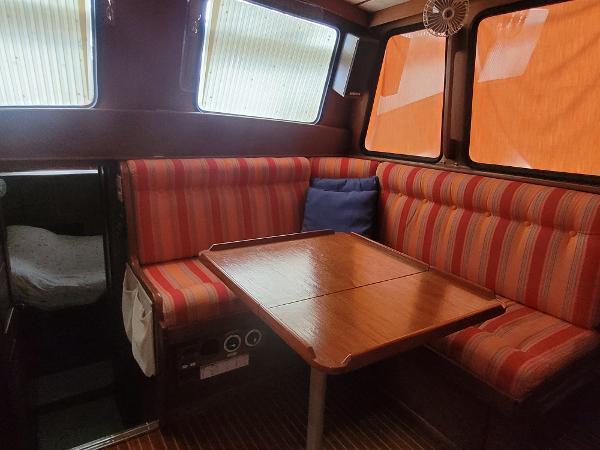 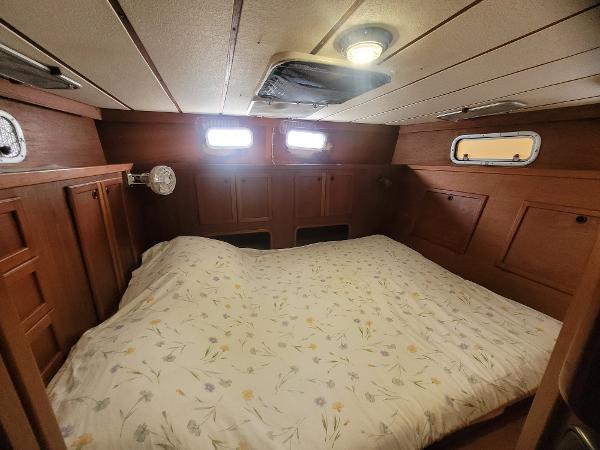 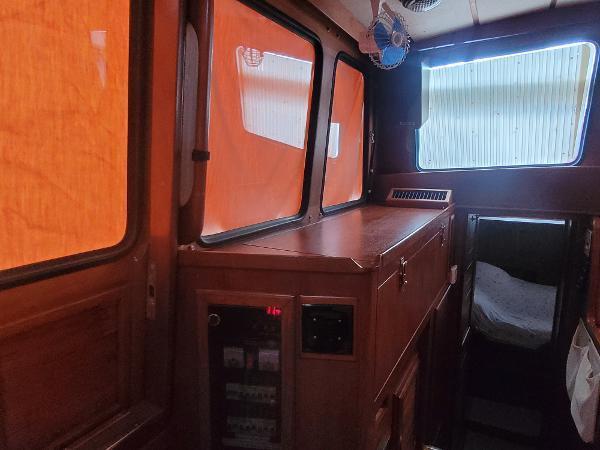 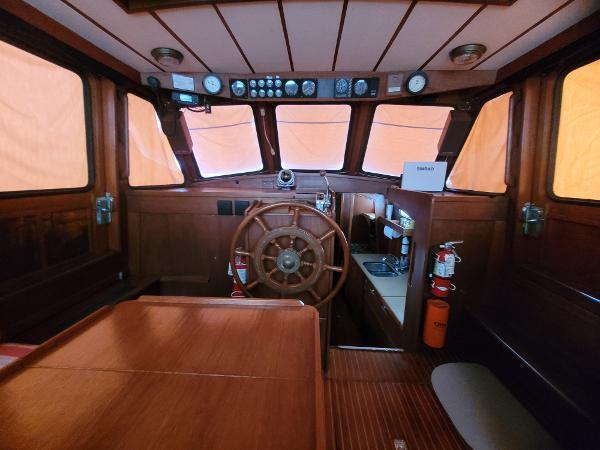 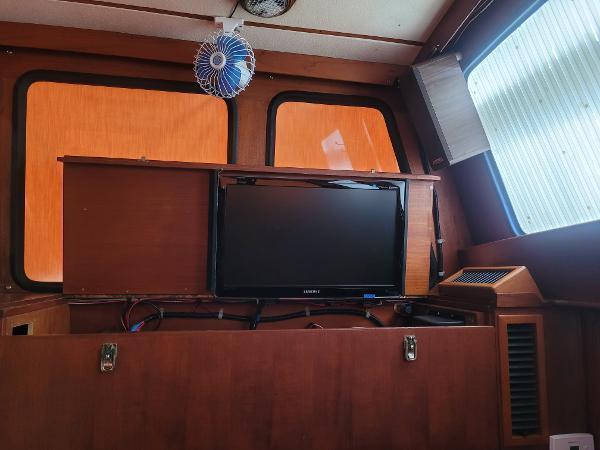 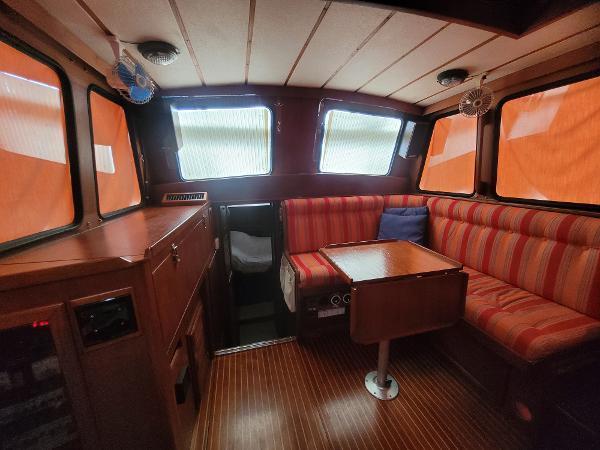 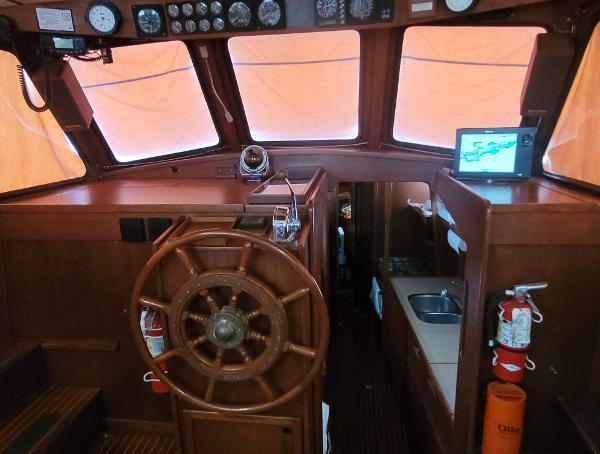 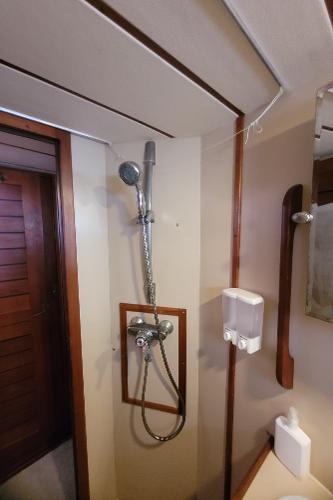 The 1986 Nauticat 44 is a Pilothouse Motorsailer built by Siltala Yachts of Finland and was affiliated with Nautor Swan, one of the best builders in the world. Powered by a 135HP Ford Lehman diesel she out-performs similar sized sailing vessels under power, and at sail her powerful ketch rig and deep full keel keeps her safe offshore.

The 44 Pilothouse features an inside steering station to provide the owner and crew refuge from weather. The 44 is beautifully finished belowdecks with hand selected teak finished by the best craftsmen in the world.

Starting forward, the cabin has aV-berth with a filler to make a double berth.There is shelving above the berths, storage below and a hanging locker.The forward berth mattress is new as of 2/20/16. In addition, the berth hasthe Froli under-bunk spring system that makes the berth more comfortable and allows air circulation under the mattress to prevent mildew.

Next aft, is the guest cabin to port with two single berths and a large locker for storage, currently filled with spare parts.The guest head is across from the guest cabin.

Next aft to starboard, is the galley.Conveniently located across to port, is the large dinette capable of seating six comfortably.There is storage under the seats and the forward compartment has a refrigerated box.

Up three steps, is the pilothouse with inside steering, instrumentation, compass,nav desk with chart storage and comfortable seating on an L-shaped settee.There are doors port and starboard to access the deck.

Aft and down from the pilothouse is the owners' stateroom and head.There is abundant storage in drawers and lockers in the stateroom and another bank of drawers in the head for an immense amount of storage.

The galleyis down and forward of the pilothouse on the starboard side.There are dual stainless steel sinks, three-burner propane stove and oven, top loading refrigerator and freezer with Grunert holding plates. The refrigeration is110 volt or engine driven.There is plenty of working space and several drawers, shelves and lockers for storage.